The Power Plant, formerly a facility that provided electricity and heating for the Gwanak Campus, has been repurposed into a cultural center pumping cultural energy into the campus and society. The Power Plant is set to be the main venue of the newly established SNU Institute for Culture and Arts along with the New House, a cultural hub which will be housed in the renovated University Cultural Center. The Institute hosted its first event, “The Power Plant Becomes a Theater,” at the Power Plant from September 26 to 28.

The Power Plant Transforms into a Theater

“The Power Plant Becomes a Theater” was a showcase event aimed to survey the potentials of the power plant’s transformation into a cultural venue. The event featured media art exhibitions and performances. Artist Park Jae Young, head of the design company DownLeit and exhibition space Osisun, contributed to renovating the plant’s boiler room which had been shut down upon the adoption of individual heating systems. The space has been converted into a gallery and theater though without stages, spectators’ seats, or white walls on which artworks are displayed. This layout is intended to encourage both artists and appreciators to enjoy various art genres.

As a researcher of the integration of technology and art, Professor Park, Je-seong of the College of Fine Arts exhibited three media artworks emphasizing an experiment of blurring the boundaries between humans and machines. In “Universe,” rides from a theme park constantly circle in a void of darkness, an analogy between how humans process their feelings and the workings of a machine. “Enter the Water Together” and “Yeoneun” feature narrations of the artist. The former is an explanation of how to swim and the latter is reciting a poem. An artificial intelligence model is simultaneously shown on screen selecting appropriate images to accompany these narrations. Seemingly unrelated images of clouds, children, a tiger, and an apartment are jumbled together to resemble a feeling of looking through one’s mind. Professor Park aimed to elevate the status of artificial intelligence from a simple tool to a companion shaping the future alongside humans. Dancing performances, a recital, and a pansori concert were held between 6 and 7 PM on the 27th. Various genres of traditional music were performed in front of a background of contemporary apparel and media installations. Professor Park explained that the event aimed to emphasize the experimental and integrative nature of art by blurring the division between genres and time periods.

The SNU Institute for Culture and Arts is a university organization that was established along with the renovation project of the University Cultural Center. It aims to cultivate an ecosystem binding creators, contents, and spaces. Professor Lee, Joongseek of the Graduate School of Convergence Science and Technology and Professor Kim, Youngsun of the College of Music will lead the organization along with Professor Park. Using the facilities of the Power Plant and the New House, the SNU Institute for Culture and Arts plans to help foster future artists and encourage university members’ cultural awareness. Accordingly, the Power Plant will focus on cultivating artists. Around 20 cultural projects, including hip-hop concerts and diversity awareness events, are scheduled to be held by January 2023. The institute also plans to support ten selected teams of artists and content creators annually. These teams will be provided space, mentoring, networking opportunities, and financial aid for carrying out various projects. So far, entertainment companies HYBE and Art Center Nabi, publisher Minumsa, KCC Information & Communication, design firm d’strict, and the CJ Cultural Foundation have expressed interest in cooperating. 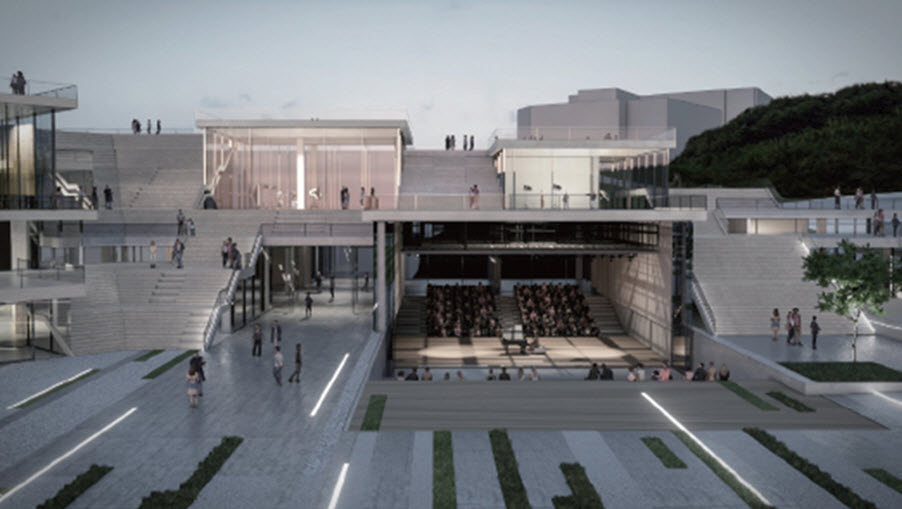 An artist’s rendering of the New House

Professor Park identified convergence and experimentalism as the main values of the Institute for Culture and Arts, signaling a rejection of pre-existing boundaries and rules of the art world. Professor Park commented that the creation and appreciation of art is not reserved only for fine arts majors. He emphasized the institute’s potential to achieve interdisciplinary synergy as a result of people with various backgrounds converging in the realm of art. SNU members will soon be able to relish the novel experiments carried out at the Institute for Culture and Arts.