Have you ever heard of the book “There Is No Fairy Tale for the Girl in a Wheelchair?” This is the Korean title of Canadian author Amanda Leduc’s book “Disfigured: On Fairy Tales, Disability, and Making Space.” Among the fairy tales we commonly know, the appearance of a character with disabilities is rare to the point that it's almost nonexistent.

There is, however, a group of students who wrote a fairy tale together with children with disabilities. For four months starting from September 2021, Team ‘Happily Ever After’ of the Student Council for Social Responsibility led a project aiming to write a fairy tale with teenagers with developmental disabilities based in Gwanak-gu. The fairy tales they wrote are to be published soon. 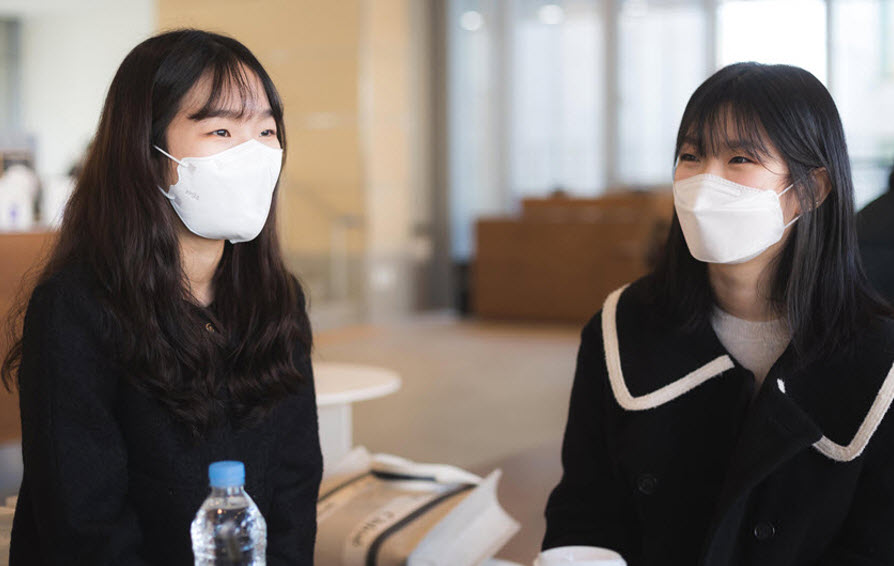 At first, the team members didn’t have much familiarity with the problems people with disabilities face. One of the themes the Student Council for Social Responsibility worked on, the “Barrier Free” movement, provided them with an entry point for developing such an understanding.

Team member Eunseon An (Department of Korean Language and Literature) pointed out that the project widened her view. “The fact that the notion of barrier free expanded from its use in fields of construction and urban planning to realms of art and culture triggered my interest. Although I was interested in children’s education, the concept of barrier free fairy tales has never occurred to me before.”

While the team planned its activities, Leduc’s book provided inspiration. After reading the book, Seungyeon suggested the team write a fairy tale where the disabled appear as the main characters. The Gwanak-gu Welfare Center for the Disabled agreed without hesitation to help recruit the participants. Five middle schoolers with developmental disabilities signed up, and three to four members were assigned to each participant forming a group to work on the fairy tales. In the end, the team came up with a total of five fairy tales. Each fairy tale was unique, but they shared one common element: the participant appearing as the main character. 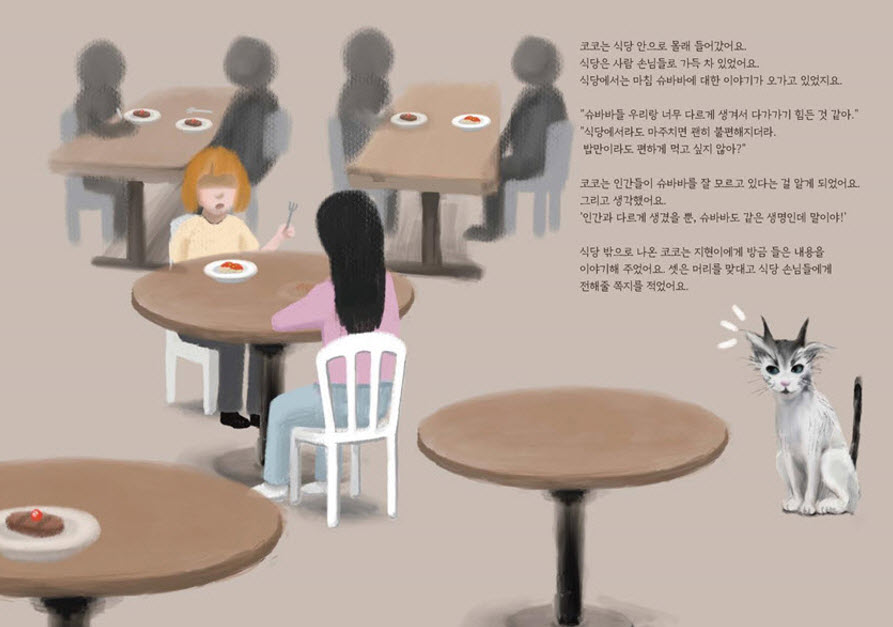 Incorporating their participating student’s interest in zombie and thriller genres, Seungyeon’s group created “Shubaba” a non-human character to star alongside their main character. In their story, Shubaba and the hero together overcome the discrimination Shubaba faces while living alongside humans.

Eunseon’s group, on the other hand, wanted their participant to freely communicate and formulated their story by using a question and answer format. Asking questions like “what was your happiest memory?” “What was the most delicious food you’ve ever had?” led to a story of having a birthday party and counting the stars in the desert.

Although the students were worried about the challenge of communicating with the participants, the students and participants alike had a joyful time. “The teacher from the Welfare Center had notified us that our middle schooler could sometimes be very shy, so we decided to write a “rolling paper”. After reading the paper, the once-shy student who didn’t even make much eye contact at first started to talk a lot and even sang us songs. It was an unforgettable and happy moment,” Seungyeon said. 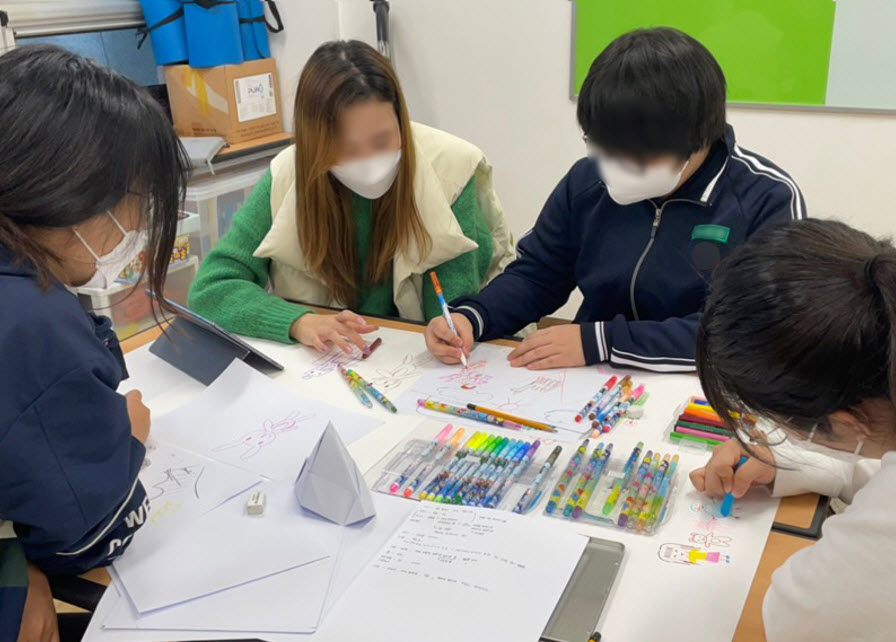 As they wrapped up their stories, everyone was talking about how sad they were to say goodbye. Today, Seungyeon and Eunseon were thrilled that they would soon be delivering the newly published fairy tales to their middle schoolers and reuniting with them. For Seungyeon and Eunseon, this project was a valuable opportunity to deepen their thoughts on the problems that differently abled people face in society. Seungyeon mentioned she has been taking social welfare and anthropology courses examining how our society treats minorities. Eunseon added that she is currently interested in how our everyday use of language reflects our sense of awareness regarding people with disabilities.

Now, the two students can say with confidence that there finally is a fairy tale for the girl in the wheelchair, and although the story may be unfamiliar and new, everyone still lived happily ever after.