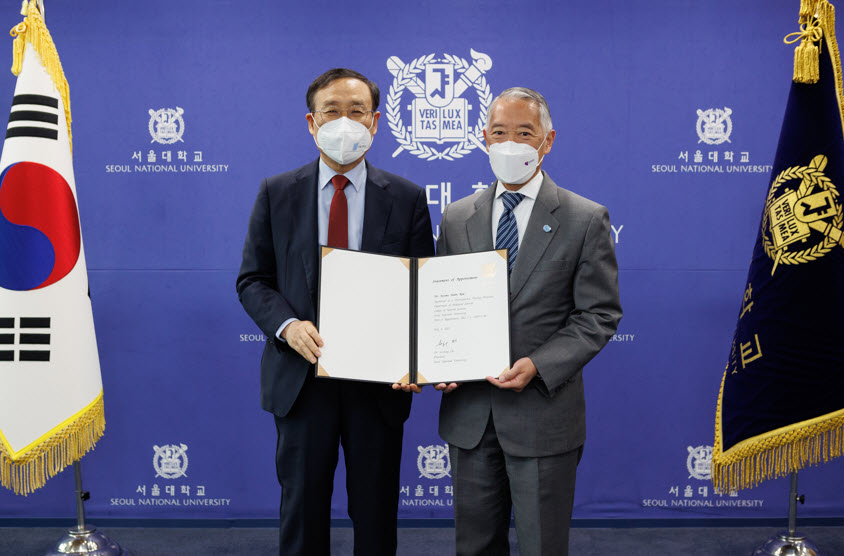 Seoul National University explained the grounds for the appointment as, “Kim has been working on vaccine development and distribution for the underprivileged in developing countries while holding posts such as the Director General in the IVI. Most of all, considering that Kim devoted himself to reducing vaccine inequity and promoting a balanced distribution of vaccines under the severe pandemic situations, we believe this nomination will provide an opportunity for SNU’s advance in Biological Sciences and improvement of competitiveness.”

President Se-Jung Oh said, “Our newly-appointed Professor Kim is a vaccine development professional and worldwide authority on AIDS research,” and “We are expecting that he will play a significant role in fostering human resource in SNU’s vaccine/biological development and in the progress of research on infectious diseases.”

SNU’s Endowed Chair is a position given to scholars with outstanding academic achievements or international recognition. There are 12 Endowed Chair Professors in SNU including Kim, and they are provided with benefits such as allowance for academic research activity.

Professor Kim has an extensive knowledge and expertise from his previous roles as a project manager of the U.S. Army HIV Vaccine Project, a professor at Uniformed Service University of the Health Sciences, and the Director General of the IVI, to name a few. With these experiences he will participate in lectures and aid in researches, taking many advisory roles at the same time. His term in office is for 3 years, from July 2022 to June 2025.

Translated by
Jieun Oh (Department of English Language and Literature)