The Lives of the Student Activists

During the authoritarian regime of the 1980s, SNU was a place filled with students’ ardent desires for democracy. Despite the procession of plain-clothes police officers and the prohibition of rallies, a good many students refused to give up their pursuit of democracy. Their struggles resulted in tragic deaths, such as those of activists Kim Tae-hun, Hwang Jeong-ha, Lee Dong-su, and Park Hye-jeong. Born in Gwangju in 1959, activist Kim Tae-hun enrolled in SNU in 1978. When things got difficult, he was always in the forefront, like when he raised funds to place a tombstone of his junior colleague who had died in an accident during his club’s membership training. Concerned about the safety of his family, he had to distance himself when it came to student uprisings. After the Gwangju Uprising in his hometown in May 1980, however, he decided that he could no longer tolerate injustice. On May 27, 1981, Kim was studying in the library when he witnessed his colleagues outside the window being struck by the police during a silent protest commemorating the one-year anniversary of the Gwangju Uprising. He shouted three times, “President Chun Out!”, before he committed suicide by throwing himself into the SNU Acropolis. After his death, the Acropolis became the symbol of the democratization movement in SNU. 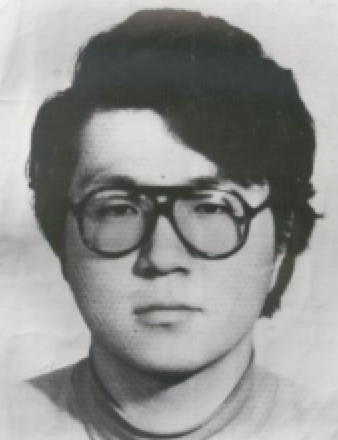 Hwang Jeong-ha was a member of the Academic Society of International Economy, where students read and discussed censored texts. He also taught children who worked in factories. Raised in an affluent household, he felt pain over the political circumstances of Korea in those days, contrary to his childhood. Although his family was opposed to Hwang taking part in student uprisings, he remained adamant. Hwang planned a protest on November 8, 1983 against the visit of U.S. president Ronald Reagan, who was complacent in allowing the continuation of the authoritarian Korean government. While he was escaping from the police during the protest, Hwang slipped down from the SNU Library building and died. The memorial stone of Hwang, which is the first monument of a democratization activist to be established on campus, is located next to the entrance of the SNU Library.

Lee Dong-su was a gentle and warmhearted man, but he couldn’t remain silent about injustice. During his military service, he refused to tolerate a rigged election conducted by the ruling party. After returning to school, he was tortured for distributing anti-government materials. On May 20, 1986, Lee burned himself to death on the rooftop of the Student Center, protesting against the regime. “When we can’t say no, we become slaves,” he said in a letter that student representative Lee Sang-uk received from him. Lee also spread his ideas about social issues that were rarely addressed in student protests, such as Japanese colonial rule and the problem of the government-patronized faculty. 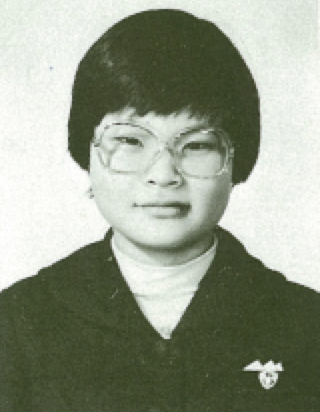 Park Hye-jeong was a student who loved literature, but feeling guilt and humiliation over the death of the activists, she made a resolution. She thought that thinking of literature as a refuge from the harsh times was no more than a display of vanity. In the spring of 1986, she burned her writings and decided to live a life of “dignified redemption.” In September 1984, Park was arrested during an anti-authoritarianism street demonstration and kept in custody. After witnessing the death of Lee Dong-su on May 20, 1986, she committed suicide in the Han River the very next day. “A person lacking courage to live with pain shall die in humiliation,” her testament read.

Unfortunate Deaths Caused by the Abuse of Government Authority

In the 1980s, many suffered from physical and mental trauma caused by the coercive exertion of government authority, and a considerable number of them lost their lives. SNU student activists Lee Jin-rae and Kim Hak-muk, and Song Jong-ho were three of them. Lee Jin-rae was an involved student who was the captain of the cheerleading squad. He participated in the Gwangju Uprising in his hometown in May 1980. Lee died in November 1981, two days after joining the Korean Augmentation to the United States Army (KATUSA). The army originally announced that his death was a suicide, but later it was revealed that Lee suffered from cruel treatment and abuse of power in the army. It was not until 2018 that the Ministry of National Defense recognized that Lee died in the line of duty. 32 of Lee’s contemporaries at college who were aware of his perseverance and devotion jointly requested the conferment of an honorary diploma to Lee.

Kim Hak-muk took part in democratization protests after he witnessed the death of Kim Tae-hun during a silent protest commemorating the Gwangju Uprising. In May 1982, Kim was arrested for planning a protest advocating for a declaration to mark the second anniversary of the Gwangju Uprising and was imprisoned for one year in Suwon Prison. Even though his activities were not stipulated as a crime under the Korean Assembly and Demonstration Act at that time, Kim was imprisoned on a false charge. After being freed, he actively took part in labor campaigns but showed severe depression due to the trauma of his imprisonment. He went missing in December 1984 and was found dead in the Han River the following March. In 2008, his grave was moved to Icheon Democratization Movement Memorial Park, as his cause of death became acknowledged as mental disorder caused by the aftereffects of torture. Song Jong-ho learned progressive thought and knowledge in a philosophy society where members read books and held discussions. Song united the citizens during the June Uprising of 1987 by creating banners and handing out materials. In 1988 he went to his hometown in Gumi, Gyeongsangbuk-do (North Gyeongsang Province), but in 1989 he returned to SNU and took the lead in the struggle as head of the protest organization in the Department of Hispanic Language and Literature. Song also founded and participated in a social science study group, guided junior students, and supported the student body. His abrupt death in February 1991 during his military service caused much suspicion. The army reported that Song’s death was a suffocation casualty, but some suspect that there was a government cover-up behind his death.

The families of the seven pro-democracy activists received the honorary diploma by proxy in the Commencement Ceremony. This event commemorated the sacrifice of the activists and consoled their families and friends, informing SNU members of the necessity to reflect on the endeavors for democracy during the age of authoritarianism.

There is a “path of democracy” built in front of the Dure Cultural Center (Building 67). The monuments of activists Kim Tae-hun, Hwang Jeong-ha, Lee Dong-su, and Park Hye-jeong lie here. SNU honors those who fought for democracy, and implores the SNU community to help keep their memories alive.