Professor Nongmoon Hwang (Department of Materials Science and Engineering) was one of ten recipients of the 2020 SNU Excellence in Teaching Award. His courses on semiconductor materials give students the opportunity to learn about unique theories in the field of thin film growth and nanostructures by charged nanoparticles. He has published around a hundred research papers within the last 25 years, and has adapted some into textbooks for his courses. He has also developed the well-known problem solving method, Immersive Thinking, and expanded its use to include teaching.

To commemorate his achievement, the English Editors team reached out to him to learn more about his research and teaching philosophy. The following is an edited transcript of the interview. 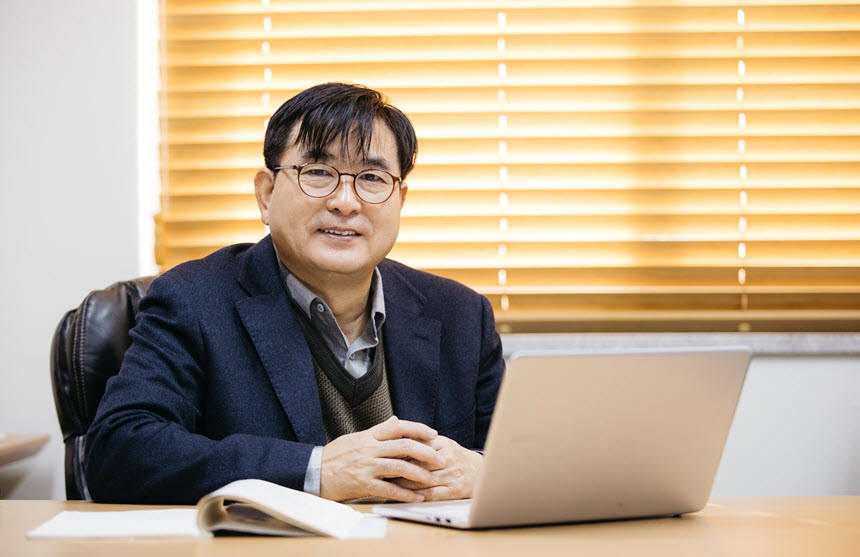 Professor Nongmoon Hwang (Department of Materials Science and Engineering), Recipient of the 2020 Excellence in Teaching Award

Your research focuses on semiconductor materials in the emerging field of thin film growth by charged nanoparticles. Could you briefly explain your research, and how it has inspired your teaching at SNU?

For the longest time, I have dedicated myself to examining and uncovering new developments related to the theory of charged nanoparticles. In recent years, this theory has challenged our understanding of thin film deposition in the semiconductor production process, which is commonly thought to occur at the molecular and atomic levels. However, there is emerging evidence of deposition occurring at the level of nanoparticles – a discovery that has evaded scientists, as nanoparticles are far smaller than any wavelength within the visible spectrum. The last two decades of my research has been centered around this discovery, and verifying, experimentally, the production of nanoparticles in the gas phase during deposition. Moreover, I have published numerous research papers on this subject, and its implication on our understanding of the growth of thin films and nanostructures.

While this discovery was met with skepticism, it is gradually gaining acceptance in the scientific community. Three review articles on the topic have been issued, and the well-respected 2016 volume of the Elsevier Collection, Reference Module in Materials Science and Materials Engineering, used this finding to explain the growth mechanism of diamond films. As an educator, I believe textbooks and reference sources covering thin films need to be updated. In 2016, I authored Non-Classical Crystallization of Thin Films and Nanostructures in CVD and PVD Processes, a book that I have been using to teach “Special Lecture on Semiconductor Materials: Underlying Principles of Deposition of Films and Nanostructures,” a graduate school lecture offered by the Department of Material Science and Engineering. The process of writing itself has helped me better relate and respond to the questions my students ask. It is for this reason that the book is one of my most fondest publications.

You have developed upon your problem solving method, Immersive Thinking and have used it in your courses at SNU. Could you explain the principle behind this method, and its effectiveness as a tool for learning?

Immersive Thinking encourages students to tackle problems themselves. This can be facilitated in class by asking the right questions. I try to guide students toward finding their own understanding of the course material. In this sense, it is similar to the maieutic method created by Socrates.

To illustrate how Immersive Thinking works in principle, imagine the following scenario: an elementary school student has just learned how to calculate the area of a rectangle. Thereafter, he or she is tasked with figuring out the area of a right-angled triangle with the same side lengths. We can expect that the student will struggle to solve the unfamiliar question. But given some time, the student can confront the question by using prior knowledge, since the area of a triangle is half that of a rectangle.

To provide an even simpler example, kindergarteners often use their fingers to add. It is not difficult for any kindergartner to calculate a sum of numbers less than or equal to ten. However, addition becomes trickier when the sum exceeds ten. There seems to be no immediate solution to six plus seven, as this requires more fingers than a kindergartener has. But kindergarteners find workarounds to this issue by using their toes or the fingers of their mother. All the while, they are strengthening their understanding of addition. Moreover, there is a sense of achievement after solving a problem that seemed beyond their knowledge at first.

What I would like to emphasize is that Immersive Thinking is effective for students of all ages. It simply becomes a matter of adjusting the difficulty of questions asked. By engaging students, the method makes learning more enjoyable and reinforces a deeper understanding of both prior and new knowledge.

What are your future plans?

I plan to further my research on theories that I have developed, and their applications. In addition, I believe the future of our country lies in creativity education. I am currently an advisor for the “SNU Faculty Association for Creativity Education” and hope to continue my efforts to promote immersive methods of creativity education. I am humbled and honored to have received the Excellence in Teaching Award, and regard it as a sign to work harder towards my academic endeavors.