As we’ve previously mentioned, for many SNU students a club is more than just the cherry on top the cake of college life. While many, especially the first-year students, rightly feel that COVID-19 has sapped some of the sweetness out of their college experience, several clubs and societies have been quick to adapt, doing their utmost to carry on in this dramatically changed environment. In this article, we set out to explore how some clubs and societies have managed to make the Spring 2020 semester a uniquely memorable experience.

March usually marks the beginning of fervent recruitment and initiation of new members into clubs and societies, when the campus becomes relentlessly flooded with creative, and at times quirky, promotional posters. This semester however, social distancing policies have limited clubs to publicizing their events on social media rather than on campus. According to Ha-eun Lee, Vice Chair of the SNU Institute for Global Social Responsibility, one of the school’s representative volunteering societies, the informal interviews for new recruits have moved to Zoom. Eunseob Ahn, chair of SUB, SNU’s Broadcasting Society, has commented that, “membership trainings and gatherings after meetings helped us to become a more tightly knit group. It’s hard to see anything online replacing these activities.”

One of the clubs most affected by this environment is Humans of SNU. “Humans of SNU was based on the idea of carrying out impromptu street interviews on our campus, but we’ve to come to the conclusion that this is no longer appropriate in light of today’s climate,” Vice Chair Seung-Gyo Kim said. Humans of SNU currently conducts interviews following formal invitations.

While COVID-19 has forced most clubs and societies to drastically change their plans, the changes necessitated by the virus has also become a catalyst for reinvention. Humans of SNU may have given up their guerilla interviews, but the overwhelmingly positive response to their new strategy has provided an abundance of new content. Dance club 222Hz has ventured into new and innovative methods of reaching out to their audience by uploading their performances on YouTube. The examples set by these clubs and societies give us hope that if we are able to weather the storm, we may be able to reap previously unimaginable rewards. 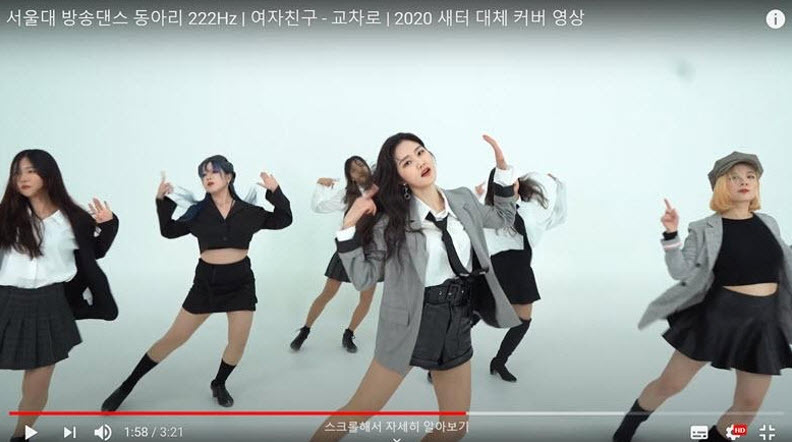 One of the highlights for members of 222Hz is their annual spring concert. This semester, they’ve recorded their performance and uploaded it on YouTube (Photo Courtesy of Eunkyul Nam)