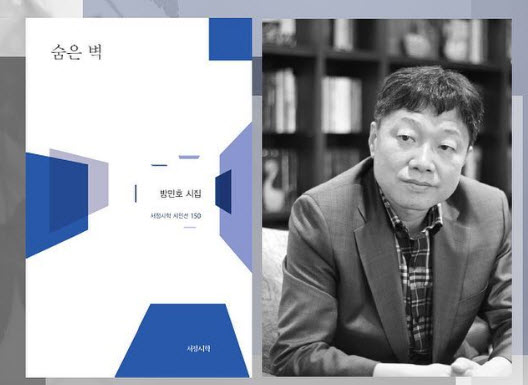 Professor Bang and his book

A leading light in his field, Professor Bang Min Ho (Department of Korean Language and Literature) is one of the few domestic scholars working actively as a literary critic, novelist and poet. His recent publication, a collection of poems titled The Hidden Wall, is receiving increasing attention from the Korean public for its perspective on the human endeavor to overcome the self.

The “hidden wall” that Professor Bang refers to is a cliff nestled inconspicuously between two of the three major peaks of Mount Bukhan, a mountain in Gyeonggi province. In Professor Bang’s poetry, the obscurity of this cliff epitomizes the solitude of the inner journey and the latent realizations that can be discovered. Professor Bang reflects upon the paradoxical nature of many of these realizations, juxtaposing creation and destruction, and lightness and darkness.

In “Embrace,” human solitude is described as an “endless, bottomless space” where the individual is “formless and colorless,” and yet in his or her most substantial state. Through this metaphor, he envisions an everlasting reward greater than mere “happiness”: a renewed and more robust individual. As one literary critic put it, Professor Bang is “expressing his own continual transformation and self-renewal, sharing with us a confession of his journey thus far.”

For Professor Bang, the role of the poet is to “embrace his or her audience by delivering its unvocalized thoughts and feelings as a song.” He says, “My poem wants to be a song, one that breathes life into its audience, one that brings to whole broken pieces, one that turns moments into eternity.”