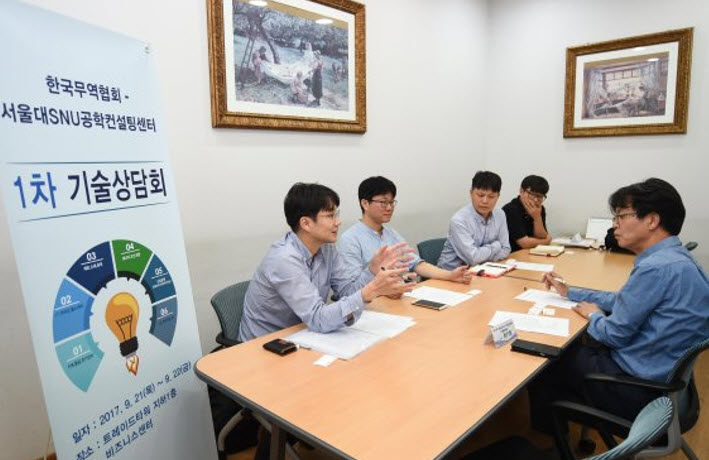 This September, SNU’s College of Engineering experienced a breakthrough in technology consulting with a record number of consultations offered to small- to mid-sized enterprises.

SNUECC was founded in March 2014 to promote practical applications of technical theory and knowledge iin industry. 85 percent of SNU engineering professors are currently working as researchers at the Center, directly assisting the consultations.

This year especially has shown an increase in the number of consultations offered to enterprises, with a total of 181 cases, nearly double the amount conducted last year. Consultations at SNUECC have progressively increased in number over the past three years. While most technology consulting is focused on working with large companies, SNUECC strives to support smaller companies, with more than 90 percent of the cases conducted for small- to mid-sized firms.

According to its website, SNUECC specifically targets clients’ needs and finds the most suitable experts. SNUECC also provides further business consulting for both startups and established firms.

Over the past three years, the SNUECC has seen a dramatic increase in consultations in fields such as AI, IOT (Internet of Things), Big Data, and robotics, all of which are essential fields in the Fourth Industrial Revolution. To keep up with this trend, the Center regularly holds seminars and colloquiums addressing such technologies, promoting the development of expertise in these fields.

For instance, a company that sells robots for car manufacturing, has developed the technology for a multi-functioning robot arm and has designed a Universal Clamp Technology that enables robots to pick up heteromorphous objects after working with the Center for a year. During the process, the company was able to release a new patent and has become eligible for government subsidies worth 400 million won.

Professor Nam (Department of Civil and Environmental Engineering), Director of SNUECC, said, "We are contributing to the Korean technological industry by connecting SNU's technical assets with enterprises,” adding that "more and more small-sized firms will be able to enter the global market.”