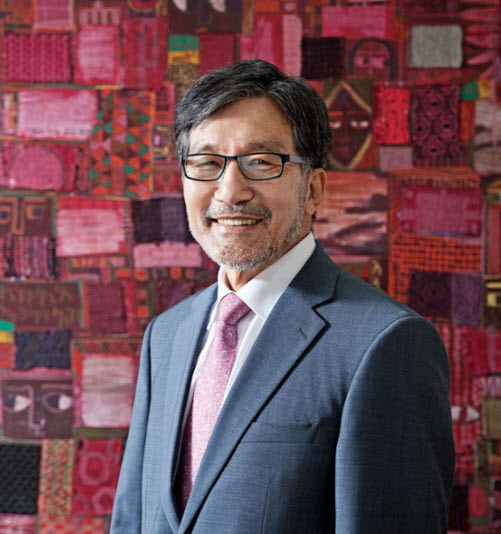 In 2011, Professor Emeritus Lee Jang-Gyu of the Department of Electrical Engineering became the first Korean chancellor of a national university in Africa, the Amada Science and Technology University in Ethiopia. Not only did he become chancellor, but he also played a vital role in the development of the school itself.

In regards to the establishment of the school, Professor Lee states, “After becoming chancellor, I conversed with over 60 professors and executives. A young professor shared that his grandfather had participated in the Korean War. He asked me if I felt that as a Korean, it was now my turn to repay that debt. I greatly agreed with his statement: it was time for Korea to return the help that it had received in times of struggle.”

One of professor Lee’s first acts as chancellor was to successfully install measures to make the new school a leading science institution for the country. “Our dream is to turn Ethiopia into a developed nation through the country’s businesses. We aspire to turn this new school into something like KAIST (Korea Advanced Institute of Science and Technology)… We want to emphasize that research must be conducted based on the country’s needs.” The development of the Amada Science and Technology University marked Ethiopia’s very first research park and its development has contributed greatly to the country’s scientific progress.

In recognition of his great service to Ethiopia, Professor Lee was awarded the SNU Public Service Award this June. Upon accepting the award, the professor said, “In my time in Ethiopia, I realized how valuable life really was. I also realized that sharing what I had with others was an important value of life.” The professor expressed that after his time in Ethiopia he wishes to continue to extend aid to anyone in need, no matter the degree of help needed or the location.