On October 11, the Graduate School of International Studies (GSIS) hosted a talk with actor and producer Daniel Dae Kim at the Socheon Hall of GSIS (Building 140, 2nd floor), under the theme “The Globalization of Entertainment in a Time of Social Change.” The event was also broadcast via Zoom, as only 80 participants were able to attend in person due to COVID-19. Kim appeared in numerous films and television series as an actor, including the Lost series, and recently began his second career as producer of The Good Doctor series. GSIS invited Kim in order to provide insights into how Korea should develop its soft power, especially in entertainment, in the age of globalization.

Poster of the event, “A Conversation with Daniel Dae Kim”

The Role of Soft Power: Doing away with Discrimination and False Generalization

The event began with a discussion between Kim and Professor Park Tae Gyun of GSIS, followed by a Q&A session with the audience. Professor Park asked questions about the entertainment industry and Kim’s life trajectory. Among other topics, he asked Kim about his thoughts on the discrimination against Asian people in Western society that has increased since the outbreak of COVID-19. Kim answered that as an Asian-American himself, he felt that Americans had a tendency to deem Asian-Americans as “permanent visitors” to the United States: that is, an Asian-American is not viewed as someone who really belongs to the nation. Kim emphasized that one of the reasons for such racism spreading is the human inclination to draw a line between in-group and out-group, and in order for this discrimination to dwindle away, soft power is the key. He suggested that Korea should continue to promote its cultural content which can convince Americans of the common ground Koreans share with them as human beings.

One thing to note, Kim said, was that although each nation of Asia is culturally distinct, Western people are not aware of these distinctions, and this partly accounts for why many false and hasty generalizations exist about Koreans. He commented, however, that this tendency is slowly diminishing nowadays, thanks to the success of Hallyu. This includes films and television series that cover the lives of the alienated, such as Extraordinary Attorney Woo, whose protagonist is a lawyer on the autism spectrum. Kim said that for this reason, Korean culture has the potential to thrive globally in the long term. He added, however, that there is still the possibility that Korean entertainment may turn out to be a simple fad, like Hong Kong films of the 1980s. Kim stated that to prevent this, Korean producers should promote themes with universal appeal that are also uniquely Korean. 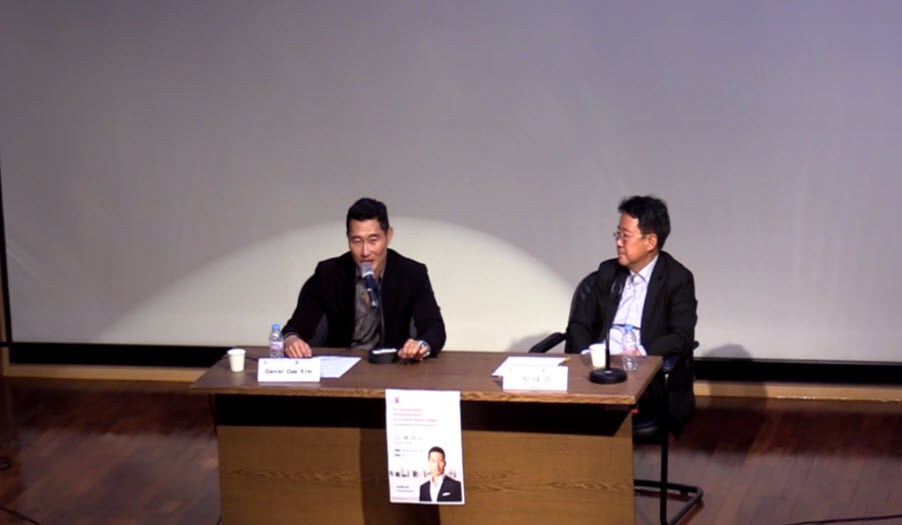 In the latter part of the discussion, Kim suggested that Korean entertainment still has room for improvement. The necessity of creating content with a long-term vision is one example. One difference between Korean dramas and American ones is that while the former end with a single season consisting of 16 to 20 episodes, the latter usually continue for several seasons. For Korean dramas to continue to succeed in such an environment where successful pieces are those that maintain a large, loyal fanbase over a long period of time, Kim suggested that it would be best for producers to think of a quality narrative that they can carry on for a number of seasons.

According to Kim, one misconception Korean producers often have is that existing content must be reshaped to cater to other cultures. He said that a complete adaptation, including translation, is not necessary to allow people around the globe to enjoy Korean content, as seen from international BTS fans singing along with the original Korean lyrics. “As the world gets to embrace Korean entertainment, it also gets to love Korean culture and language itself, watching Korean films and listening to Korean music as they are,” Kim said.

The conversation was a valuable opportunity for the audience to imagine the future of the Korean entertainment industry. Kim, by recalling his experience in the American drama industry, provided vivid examples that depicted the strengths of and challenges for Korean cultural content. By hearing from a celebrity with a unique perspective spanning different cultures, participants were able to better understand the current state of Korean entertainment.