February marks the end of the agonizing wait for their university acceptance letters and the start of what for many will be some of the happiest years of their lives, filled with new friendships, experiences and opportunities. Orientation is often the first step in getting adjusted to college life, but with the coronavirus forcing all events to be cancelled or to be held online, SNU has had to come up with some creative solutions to getting its first-year students cozy. In this article, I introduce the 2021 online first-year orientation. 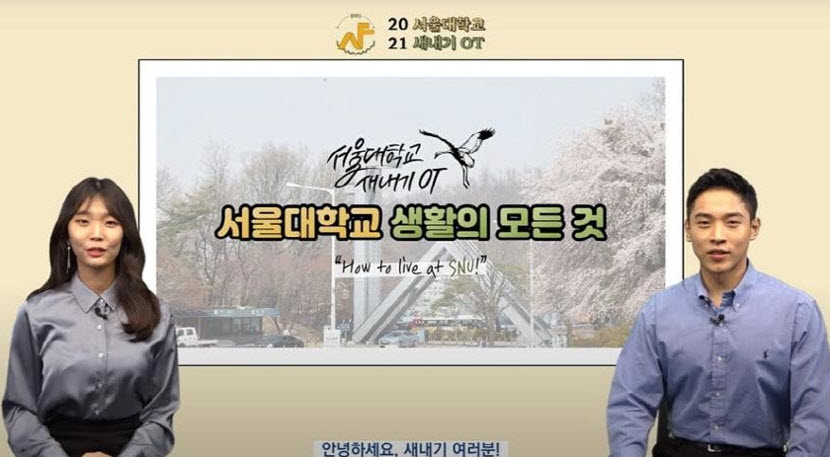 A snippet of the 2021 orientation

The first-year orientation is as much of a college necessity as the varsity jacket, as it provides invaluable information about college life and of the seemingly countless departments in the university, as well as the opportunity to meet other first-years and upperclass student mentors for the first time. This year’s orientation involved careful planning by faculty and mentors to come up with a safe but enjoyable orientation. The first part of the orientation gave a rundown of the various programs and facilities provided by the school for its students, a recap of which was uploaded online for future reference, while the second part gave time for first-years to meet their mentors, who introduced SNU’s clubs and societies, and also answered some first-year students’ questions regarding college life. SNU President, Oh Se-Jung, also participated in the orientation, expressing his wishes to students that the orientation would “be the start of your journey in making the world a better place,” and that it would help them to “not only find the spark in yourself but also to ignite the spark in others.”

“If it wasn’t for the first year orientation, I wouldn’t even have known the faces of my classmates! I’m starting to feel a greater sense of belonging to our university and my department,” said Ah-in Kim, first year student in the Department of Consumer Science. “The second part of the orientation that our mentors organized was a blast. It’s helped me make a lot of new friends, and we’ve promised to meet together in small groups in the near future,” said Yeonjin Jin, a first year student in the Department of Medicine. 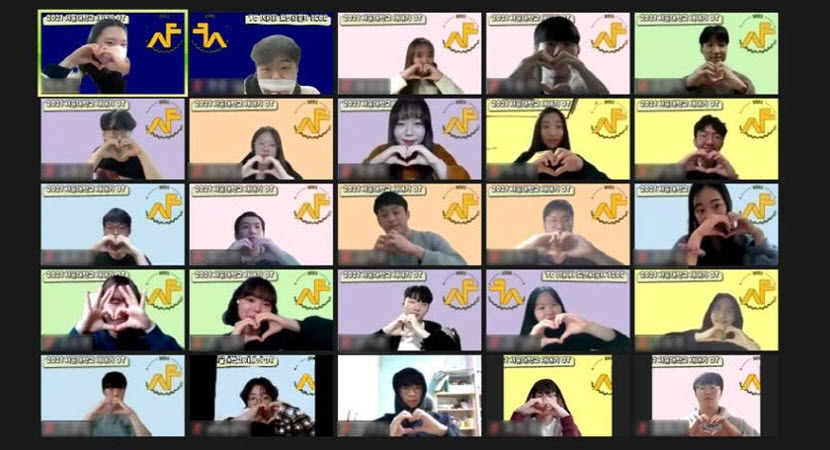 The latter part of first year orientation is often the most anticipated and memorable part of one’s first few days as an SNU student. Yeeun Cho, a fourth-year student in the Department of Communication, is a veteran mentor. This year, as head mentor, she expressed her desire that, “even though it was held online, the orientation still maintained its spirit. I want to give back to this year’s first-year students everything that I received during my first-year experience.”

Sessions between mentors and first-year students were conducted on Zoom. These sessions included a quiz on SNU-related trivia, a tour of the school campus through snapshots, games, activities, and most perhaps importantly, the opportunity for students to talk freely with one another.

“It was a challenge,” Cho said. “Despite the limitations of the medium, we managed to enjoy ourselves. I have to thank the seniors who helped plan our school’s very first online orientation, the faculty for their unfailing support, and most of all I want to thank the first-years for their enthusiasm.”