Professor Doo Hyung Chung (Department of Pathology) was one of ten recipients of the 2020 Excellence in Research Award. He is one of the nation’s leaders in immunology research, having used mouse models to unveil the immunological context of a variety of diseases. Professor Chung has also organized symposiums between South Korea and Japan for the past eight years, setting the foundation for greater international collaboration for up-and-coming researchers. For this and much more, Professor Chung has received the Pfizer Award in 2008, the Shim Ho Sub Award in Medicine in 2011, and has been selected as a member of the National Academy of Medicine in Korea in 2018. To commemorate his achievement, the English Editors team reached out to him to learn more about his research. The following is an edited transcript of the interview. 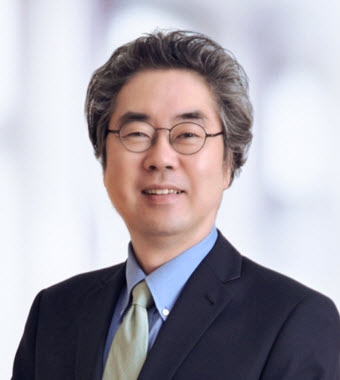 How have you come to devote your life to immunology?

In 1984, my first year of medical school, I took an introductory course in immunology which, at the time, I found more difficult than interesting. However, as I continued my education, I began to develop a peculiar fondness for immunology. During this introductory course, I had seen immunology as a dry blend of biochemistry and molecular biology, but as I began to learn about diseases in more depth, I began to see the intimate relationships between the immune system and pathogenesis. This, in short, is how I found my passion for immunology, and the reason why I chose to study this field for my PhD.

I am particularly interested in innate immunity. Our immune system can be broadly classified into innate and adaptive immunity. Adaptative immunity, which is composed of T and B cells, is characterized by its specificity towards antigens, and takes several days to ramp up and become fully active. Innate immunity however, is immediate, but less specific and more of a general defense mechanism. The careful coordination between these two types of immunity makes for an incredible system for fending off pathogens, viruses and cancerous cells. Of the many immune cells in our body, I am particularly interested in NKT cells, which have a dazzling variety of phenotypes, as well as other innate immune cells such as macrophages, which are hungry eaters of pathogens and pathogenic cells, and dendritic cells, which bridge innate and adaptive immunity. In addition to the fundamental roles that innate immune cells carry out, I am interested in what goes on inside these cells, namely, their metabolism, or immunometabolism.

What makes pursuing research in this field so rewarding to me is how dynamic immunology is. The orchestration of immune cells in an immune response and the seemingly limitless ways in which they interact with each other can be quite difficult to understand, but to me it is quite beautiful.

What is the feeling of discovery like for you?

The process of research is full of ups and downs. At times, work can be very straining, but the happiness that I feel at the end result -- the feeling of discovery -- makes it worthwhile. Being the first to discover a truth is like discovering a whole new world, and so you can imagine how exciting it is. To be the first to walk a path untraveled, and to leave my footsteps for others to follow, is a great joy.

What is your secret to being a great scientist?

I know it sounds cliché, but research is 1% inspiration and 99% hard work. To come up with a good hypothesis, one must always be thinking of new ideas and meaningful problems. To prove a hypothesis, I believe it’s important to be unfailingly focused. So there’s no secret, but a long sequence of important and sometimes grueling steps that one must take to come up with a great idea, a great hypothesis, and a great experiment to prove that hypothesis.

Do you have a research achievement that you’re particularly proud of?

I have spent several years of research discovering the ever-expanding role of NKT cells, and one research paper that I am particularly fond of is one that I published in 2005. We proved that, in contrast to prior research, NKT cells did not suppress, but rather exacerbated joint inflammation in animal models of rheumatoid arthritis. Before the publication of our paper, NKT cells had been viewed as suppressors of autoimmune diseases, but our results proved that, while NKT cells could be viewed as anti-inflammatory mediators in several diseases, there are exceptions in which it exhibits pro-inflammatory phenotypes, thus elucidating the dual, “Jekyll and Hyde” nature of NKT cells. It was also the first paper in which I was the principal investigator, which made this all the more meaningful for me.

Do you have any hobbies or interests outside of work?

I’ve enjoyed playing sports such as soccer and baseball since I was young, but vigorous exercise is difficult for me nowadays. So I’ve come to start watching sports more, especially pro baseball. I like taking long walks outside, where my body and mind are able to enjoy a brief respite.

What are your plans for the future?

I’m always thinking about the impact my research has had in understanding biological concepts, and what I can do better. I want to continue to contribute to the understanding of immunological phenomena through the explication of its concepts.