Professor Tae-Jin Yang (Department of Agriculture, Forestry and Bioresources, College of Agriculture and Life Sciences) was one of ten recipients of the 2020 SNU Excellence in Research Award. He has published 210 research papers in the field of genomics and medicinal plants, and was first in the world to successfully analyze the ginseng genome.

To commemorate his achievement, the English Editors team reached out to him to learn more about his research. The following is an edited transcript of the interview. 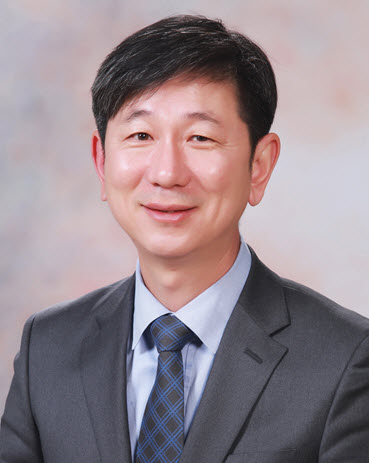 Professor Tae-Jin Yang (Department of Agriculture, Forestry and Bioresources), Recipient of the 2020 Excellence in Research Award

On behalf of the English Editors team, I would like to congratulate you for being a recipient of the 2020 SNU Excellence in Research Award. Could you briefly share your thoughts on this achievement?

I am delighted and honored to have been bestowed this award, which I believe is one of the highest merits a professor can receive. I would like to share this achievement with the 56 post-graduate students that have worked tirelessly to make this research possible.

Could you provide the readers with a brief explanation of your field of medicinal plants and genomics?

The focus of my work is agriculture. In particular, I lend my efforts to the discovery and application of plants that have medicinal or special properties. My research also deals with improving the production rate of such plants. There are plants such as ginseng, the value of which is widely recognized, but there are also plants which are less well-known to the public. In either case, research on most medicinal plants is still lacking. To that end, I collect plants from all over the country, identifying excellent candidate plant collections and analyzing their genomes for the development and understanding of more potent specimens. A genome carries the basic information for all living organisms, and is the source of diversity. Parsing the genomes of plants will give us a fuller understanding that will allow us to uncover new sets of genes with promising applications. As of now, we have a complete understanding of the genomes of around 500 different plant species.

Among the many medicinal plants, your research gives special attention to uncovering the secrets of the ginseng genome. Is there any particular reason for this focus?

After being appointed a professor in 2006, I made the decision to pursue the study of medicinal plants. At the time, ginseng was known to be a difficult plant to study. Technology back then was ill-equipped to effectively analyze the large and complex genomes of plants such as ginseng. Owing to this fact, I deliberated about whether or not I should begin my research on ginseng. A Chinese researcher informed me that their group would analyze the genome, and that I could standby and wait for the results. But these words spurred a turning point in my research career. Unwilling to give it up, I began the arduous journey into ginseng research in 2008. The Chinese research group would eventually give up, but my research team and I persevered, and became the first to successfully complete and analyze the ginseng genome. What allowed me to persevere was the pride and sense of duty I felt towards researching the ginseng genome as a Korean. Once again, I would like to thank the many post-graduate students for their contributions and tireless dedication.

Could you share with us your most memorable experience from the process of analyzing the ginseng genome?

Korean ginseng is generally perceived to be of high quality. Has your research, in any way, substantiated this as fact?

Relatives of ginseng can be found dispersed throughout the alpines of Southeast Asia, in countries such as China, Vietnam, and Laos, past elevation levels of 1800 meters. These plants are sensitive to extreme weather, and can only survive at the cooler upper altitudes of tropical regions. Thus, their numbers are slowly dwindling. Ginseng is the allotetraploid of two such plants – a hybrid that was crossbred naturally – and is suspected to originate from Northeast Asia, and especially the Korean peninsula. As a tetraploid, ginseng has developed greater survivability as well as a slew of unique properties such as overwintering. Similar species of ginseng in America can also be traced back to the Korean peninsula. In this regard, Koreans can take pride in their country for being the progenitor of ginseng.

Your research also includes the “barcoding” of medicinal plants. Could you provide us with a brief explanation of this practical technique?

Medicinal plants are more expensive, relative to other plant species. However, their value rises tremendously once properly processed for medicinal use. During this process, there have been instances when producers have substituted medicinal plants for cheaper, inadequate variants. The barcoding technique was developed as a countermeasure to this. The technology behind this skill has been applied in the field, to assess and distinguish medicinal plants including ginseng, ‘Bangpoong’, and ‘baeksuo’ (Cynanchum wilfordii). To date, the barcoding technique has been used to analyze and catalogue the genomes of over 500 different plant species.

You’ve taken up leadership roles in many organizations and projects despite your busy schedule. What has motivated you to do so?

I believe that my responsibilities as a researcher, academic, professor, and team leader are all important, and to some extent they all overlap. I try my best to fulfill my responsibility to each of these roles, despite my busy schedule. Because of these many responsibilities, I’m often up at daybreak writing research papers.

How do you see the field of medicinal plants progressing in the future?

I feel it is a field which holds untapped potential, and will continue to receive increasing attention within the Green Biotechnology industry. However, agricultural and biotechnological research on medicinal plants, which serves as the basis for development, is severely lacking. I strongly believe that enhancing products of industry requires that we invest in research, in order to produce stronger seed specimens. I will strive to lead the field in this regard, while also focusing on research with practical applications within the industry.