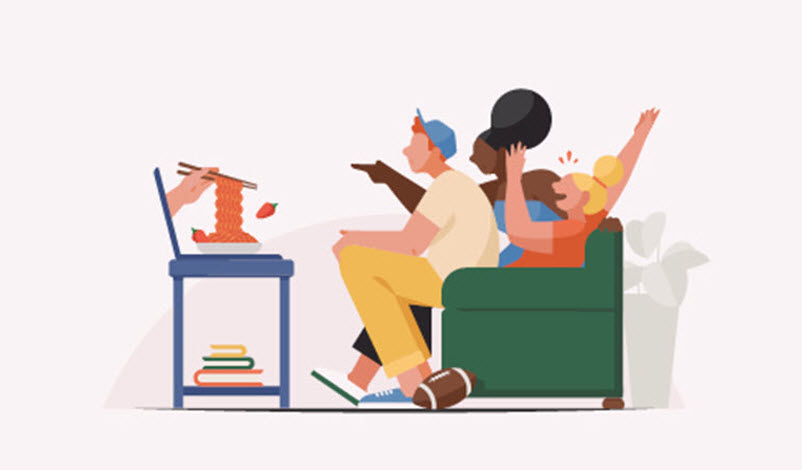 What does it mean to study pop culture? The Cultural Studies Lab of the Department of Communication focuses on the transnational flow of cultural influence, new forms of culture, and the socio-cultural forces behind the consumption process of those new forms. As the most dynamic and fascinating case for researchers of the field, Hallyu has been at the center of the lab’s attention for the last seven years. Hallyu in Globalization and Digital Culture1 showed back in 2013 that, accelerated by translations provided by online fan networks and by worldwide streaming services, Korean dramas were attracting global fandoms. The study was far ahead of contemporary research, which had just begun to investigate the importation of Hallyu dramas into East Asia.

Sociological issues such as those regarding race and gender in the Hallyu phenomenon were also raised in the book and continue to be relevant today. These sociological approaches have been applied to studies on K-pop and the BTS phenomenon. BTS, the global pop sensation who rose to global fame against all odds, maximizes the possibilities for K-pop as a hybrid identity in many areas. BTS gained a worldwide fandom through their representation of the troubles youth face in a fiercely competitive, neoliberal world economy. Their fandom epitomizes the rise of the participatory element of contemporary creative digital culture, due in large part to BTS’s active presence on social media. Research from the Cultural Studies Lab show that BTS brings positive effects to society, serving as a gender-fluid reference for young adults around the world while empowering a pan-Asian identity.

Another subject of research for the Cultural Studies Lab is the new cultural forms that can be found in Hallyu and Korean digital culture. What kind of mimesis does the ‘Mukkbang’(먹방, also translated as ‘watch me eat’) of Afreeca TV and food programs on television create, and what is the reason behind the proliferation of these programs? The success of Real-Variety show formats maintain Korean television as one of leaders of the Korean pop culture. What are the social dynamics behind these formats, and what factors intervene when they are exported and adapted to a foreign environment? What is the ‘K’ in K-pop and K-dramas that don’t have Koreans in them? How do male beauty YouTubers challenge the conventions of heterosexual, patriarchical masculinity? What is behind the prominence of the skin-brightening effect in the K-beauty industry, and what cultural impact does it have?

Other areas of interest for the lab are research methods, such as how to use digital traces of cultural activities as research data, and how to apply data science tools such as visualization to cultural studies. In line with such concerns, the lab is attempting to apply a variety of creative and experimental research designs that employ visual methods to traditional qualitative research methods. The lab conducted a visual culture study on how diverse individual landscapes of Seoul constitute its identity, and explored the narrative structure that shared videos on Twitter construct as reality during a natural disaster. Moreover, the Cultural Studies Lab also published articles applying a Network Analysis on the journal articles on Hallyu during the past 20 years in Korean and English. This research showed the formation of Hallyu Studies as a research field, which has attracted attentions in academic circles.

As Korea and Korean pop culture rise in global significance, research on Hallyu expands as well. Researchers from English-speaking universities have begun presenting in Korean at international Hallyu conferences. As the base for Hallyu research spreads globally, institutional support to facilitate education and research on the field is sorely needed.