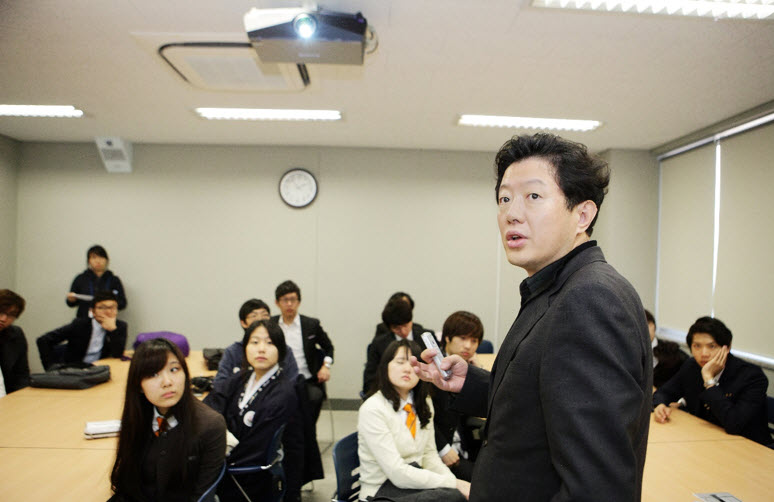 On October 24, at the Foreign Press Center Korea (FPCKorea), Professor Kim Rando (Department of Consumer Science) and the SNU Consumer Trends Analysis Center held a launch for their book, Trend Korea 2019, which details their predictions for the social and consumer trends of 2019.

This book follows last year’s Trend Korea 2018, which predicted trends such as those that they dubbed, “Work, Life and Balance” entailing an increased consciousness of a healthy lifestyle and “Meaning Out,” derived from “coming out,” indicating an increasing willingness on the part of Koreans to voice their beliefs and stand up for their rights.

Professor Kim and his team predict that next year, single-person businesses will dominate commerce, a trend which they call the formation of the “cell market.” In this new market, rather than focusing primarily on cost and quality, consumers will place more emphasis on the concept behind the product. They also predict that there will be a shift in family dynamics with the rise of the “millennial family,” which lessens the burden on the part of parents, and encourages more flexible interaction within the family. Professor Kim and his team call this a desire for “sensible happiness.” These millennial families will use more modern methods and facilities, such as the “trinity of home appliances”—the robot vacuum, dishwasher and washing machine—and the use of kids’ cafés as a venue for mothers’ meetings.

They also predict that the worsening environmental conditions, including air pollution and extreme weather, will increase environmental consciousness among people and stimulate the demand for organic and recyclable products.

Moreover, with the rise of big data in recent years, the decision-making processes of sectors of society will be mostly data-driven, which Professor Kim and his team call “dacisions” (combining “data” and “decision”). They also predict the rise of the multifunctional facilities, which they call “chameleon zones” for their adaptability to consumer demands, such as the blending of a bank and a café. They describe one of the main consumer themes as a “new-tro” (combining “new” and “retro”) approach to renewing past ways for the millennial generation.

With 2019 being the Year of the Pig, Professor Kim and his team have outlined these social and consumer trends in the acronym, “PIGGY DREAM”: Play the Concept, Invite to the ‘Cell Market,’ Going New-tro, Green Survival, You Are My Proxy Emotion, Data Intelligence, Rebirth of Space, Emerging ‘Millennial Family,’ As Being Myself, and Manners Maketh the Consumer.