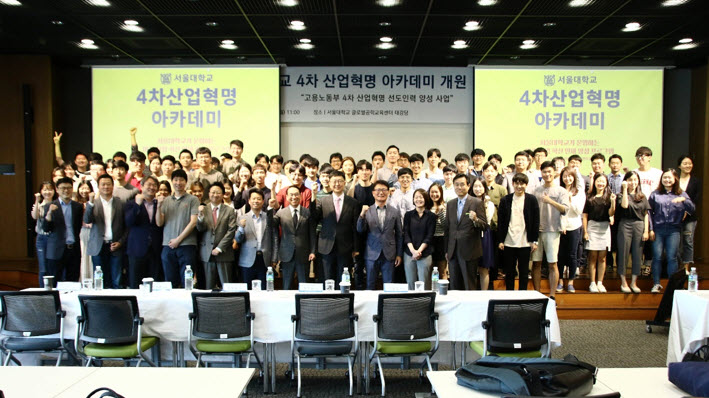 Cha Sang Kyun, director of SNU Big Data Institute and professor of the SNU Department of Electrical and Computer Engineering, emphasized that the goal of the program was to “go beyond simply teaching citizens about big data by giving them opportunities to directly practice and utilize big data skills.”

The 14-week education program consists of lectures and projects that focus on both theoretical and practical training. Managed and taught by SNU faculty members, the course curriculum covers a wide range of subjects including Marketing Research Methodology, Artificial Neural Networks and Natural Language Processing. The first course of this year, Python Programming, will begin on April 30.

Open to all Seoul residents, the program begins accepting applications two weeks prior to each course. Approximately 50 to 70 participants are selected following an interview and examination process.

Lee Sang Goo, vice-president of the program and professor of the SNU Department of Computer Science and Engineering, said that through the program, “we hope to not only educate but also provide citizens with the tools and skills they need to lead Korea in the Fourth Industrial Revolution era.”

More detailed information about the program can be found at: http://udsl.snu.ac.kr